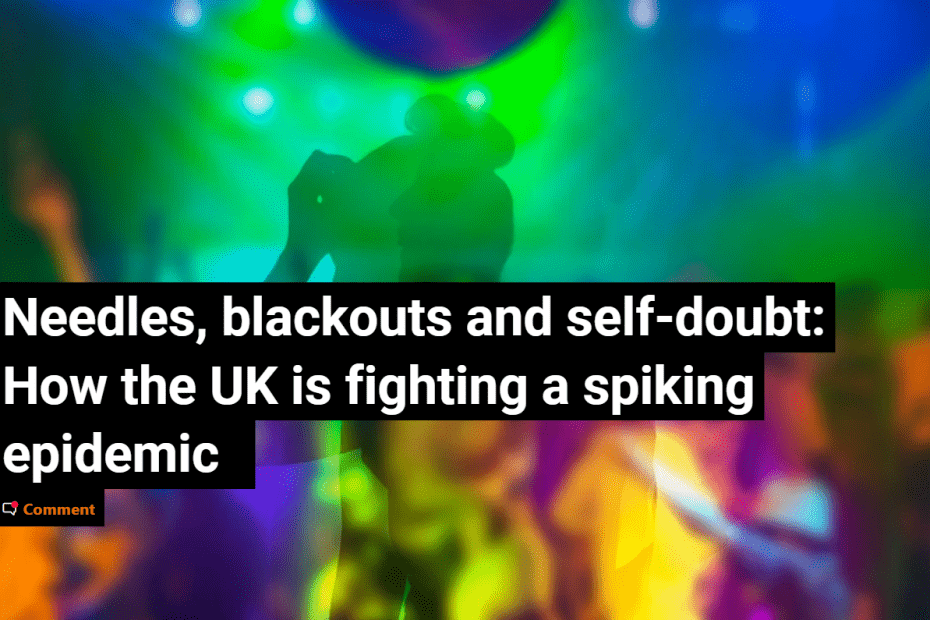 In 2021, 2,201 people across England and Wales reported incidents of spiking to the police. However, it is thought that only one in 12 people report spiking, with the true figure estimated around a staggering 43,000 spiking victims in just one year.

Spiking is already a criminal offence under UK law.

‘If someone is spiked by someone with the intent of committing a sexual offence, then this is illegal under the 2003 Sexual Offences Act,’ solicitor Paul Britton, from Britton & Time Solicitors, explains. ‘If the accused argues they did not have any intent to commit a sexual offence, then they can still be prosecuted by 1861 Offences Against A Person Act, administering poison with intent to injure, aggrieve or annoy.’

Yet, subsequent criminal action following a spiking incident in England and Wales is dismally low. Since 2018, only 44 people have been charged with a criminal offence in relation to spiking. Elsewhere, in 1268 cases reports, no suspect was identified.

Read more on the Metro site.

Tags:date rape drugsspiking
We use cookies on our website to give you the most relevant experience by remembering your preferences and repeat visits. By clicking “Accept All”, you consent to the use of ALL the cookies. However, you may visit "Cookie Settings" to provide a controlled consent.
Cookie SettingsAccept All
Manage consent